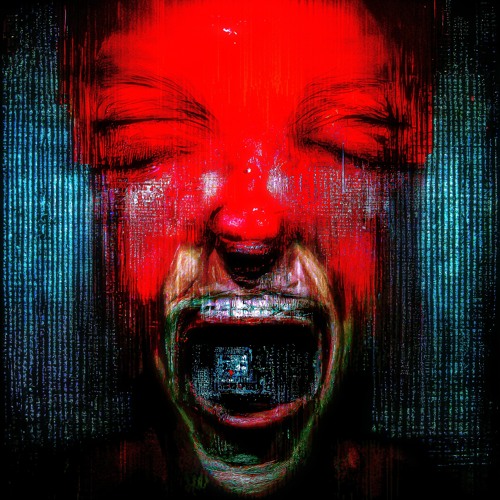 I’ve talked in the past about the ticking time bomb that is ABBATIA. The quick rundown is that the Philly trio have been elevated by A2B2, the new label from Death Grips’ Andy Morin, showcasing their aggressive modern (or modernly aggressive, either works) rap to a wider audience. Their newest EP, Red Room, is a diverse and catchy release that will have you screaming in your head like a burn victim. Fun! While it still hasn’t found that audience yet, they’ve been recognized by the right people with big audiences in the niche scene that ABBATIA falls into. Morin himself as one and new feature Dev Lemons has built a large audience over Tik Tok and now Spotify for her song analysis content called “SongPsych”. This group is destined for a larger audience, their unique production and aggression in all parts of their image is a great successor to older rap acts. But with this comes more fans, and lamer fans. I call this the “Jpegmafia Paradox”.

I guess I should talk about the music itself now instead of speculating on their future. The present is rich for this group. Red Room is a rewarding build up to their series of singles over the past couple years and their first release under their new label. The lead-off track “Dreadnaught” swings wildly and happily like a coke-addled batter who just took off 3 batting doughnuts before going up to the plate. There are similar flows and patterns in the production that you could just have easily heard in previous singles but you don’t care much. They’re just warming up. The second track features Dev Lemons, who acts like a siren calling you closer and closer with a catchy chorus before getting hammered again and again by waves of bass. I think this is as poppy as these guys can and will go, you can hear Lemons’ influence in the production as well and even then it feels dwarfed.

The middle child of songs, “World Wide Web” is good but ultimately sounds like an unsuccessful Satanic ritual.

“Use a straightedge for the Pentagram next time”

Where this release finds the most success are in its collaborations, Akin Inaj and Keyshawn both get up to speed on the beat and knock it out of the park while Jazz, the mainstay vocalist of the group carries the hooks like a pro. The beats are like a perpetual cycle of slasher movie score where they just keep coming up with crazier ways to elevate the kills and every entrance verse feels like the vocalist could be jumping through drywall easily before entering the booth. It’s just non-stop until the elevator flies out of the roof and the song ends. Maybe my favorite part of the whole album is the transition between “Crash!” And “Red Room”. The transition is so jarring but it works, it’s like you just woke up there and everything you had heard previous was a dream. Although it’s the last song, the titular track is calm yet sonically dense, serving like a promotional piece for a remastered silent hill game.

The more I dug into this album, the more I could appreciate the explosiveness in the anger from these 3. It’s not that they’re just talented and motivated and angry, it’s that they harness it intelligently. I can’t name another artist who jumps through drywall before entering the booth. I can name some who try and some who might make it through over time. But these guys research the weak points and when they come through they come through clean. Can you name another artist who does that?