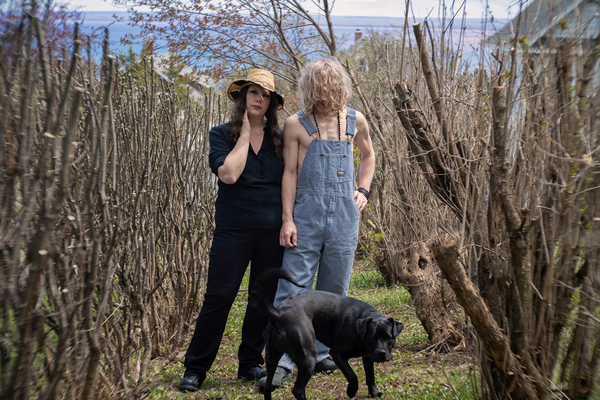 Mimi Parker, vocalist and drummer for the band Low, which she formed with husband (and guitarist) Alan Sparhawk in 1993, has died of ovarian cancer.

Mimi Parker, vocalist and drummer for the band Low, which she formed with husband (and guitarist) Alan Sparhawk in 1993, has died of ovarian cancer. A Mormon married couple from Duluth, Minnesota seemed like an unlikely pair to form an influential rock band, but along with a series of bassists, their intense, minimalist sound made them pioneers of the “slowcore” movement, starting with their 1994 debut I Could Live In Hope.

Parker started out playing the most stripped-down drum set possible — only a snare and a high-hat — but as time went on, the band expanded their sound, and her vocal harmonies with Sparhawk became the defining part of their sound. They were critical darlings and college radio favorites in the ’90s, but when they band contributed a cover of “The Little Drummer Boy” to a Gap ad in 2001, the found themselves thrust into the mainstream, with 2005’s The Great Destroyer reaching 13 on Billboard’s “Heatseekers” chart. Two subsequent albums, 2011’s C’mon and 2013’s The Invisible Way would reach the top 100.

Parker was diagnosed with ovarian cancer in 2020, but the band continued to tour, despite having to schedule around her treatment. (The band also toured through Parker’s pregnancy in 2004). She died on November 5, 2022; Sparkhawk announced her passing the following day with a public statement:

“Friends, it’s hard to put the universe into language and into a short message, but she passed away last night, surrounded by family and love, including yours. Keep her name close and sacred. Share this moment with someone who needs you. Love is indeed the most important thing.”