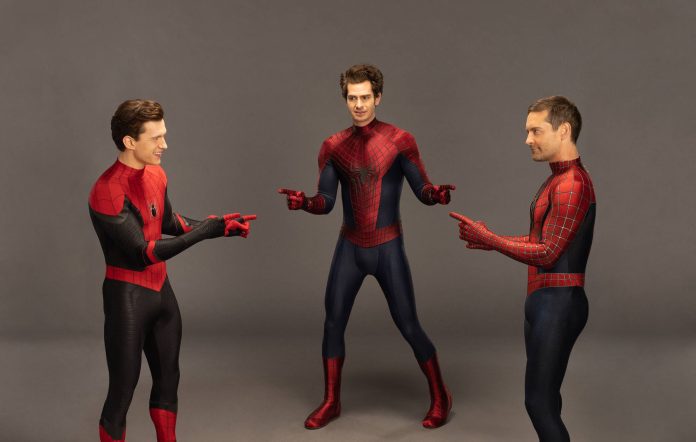 It’s not just Star Wars that has a problem. Virtually all of the intellectual property behemoths trying to replicate Marvel’s domination of the big and small screen have all taken the same approach: Hey, remember this?

Star Trek’s live-action shows and the current run of films can be summed up as, Remember Kirk and Spock? Remember Captain Picard? Remember Spock? Remember Spock again?, with only the animated kids’ series actually going where no one has gone before. (In fairness, Discovery improved by leaps and bounds once it pushed past nostalgia and moved the story into the future.) Fantastic Beasts and Where To Find Them promised a series in the world of Harry Potter based around a new cast of characters with a fresh story… but, oh, wait, it’s actually about Dumbledore, and we’re just rehashing the backstory we already read about in Book 7. We’re going to pass the torch to a new generation of ghostbusters… just long enough for the old guys to show up and snatch it back. Hey, remember them?

The joy of sci-fi and fantasy is that you can go anywhere, and do anything, and yet we’re stuck running our broomsticks and x-wing fighters in tighter and tighter circles around the same source material. Why write a new and compelling character when we have the technology for CGI Zombie Young Luke Skywalker?

Movie franchises keep serving us warmed-over leftovers from the source material, and the studios don’t seem to remember why people loved the source material in the first place — it was new! But not too new. George Lucas wanted to update ’50s space serial Flash Gordon, but couldn’t get the rights, so he took what he loved about Flash, and threw in everything else he loved — John Ford Westerns, Akira Kirosawa samurai movies, pirates, swordfights, gunfights, dogfights, and good old-fashioned princess-rescuing — and made it all feel fresh. (His friend Steven Spielberg wanted to direct a James Bond film and was rejected, so he came up with his own globetrotting adventurer, Indiana Jones).

JK Rowling, before her heel turn as Britain’s pre-eminent transphobe, pulled off the same trick Lucas had — the Potter series took Roald Dahl’s child wish fulfillment, Enid Blyton’s boarding school adventures, and Nancy Drew-style teen mystery, and combined them all in a way that felt fresh.

So why is it all so stale now?

Marvel has managed to outdo all of the aforementioned franchises on both the big and small screen for one simple reason. While the MCU is based on decades-old characters (and often decades-old storylines), they do one thing none of the other franchises do: they keep moving forward. Tony Stark is dead, Captain America is retired, and they’re not coming back. No surprise resurrections, no prequels filling in every possible gap in their timelines. We see the other characters deal with their legacies, and we see other characters step up to take the lead in the story. And that’s far more interesting than being elbowed in the ribs with, “hey, remember him?”

(Granted, we did inexplicably get a prequel after seeing Black Widow die onscreen, but even that seemed more designed to set up Florence Pugh as a successor tothe character, than nostalgia for a character whose onscreen death came less than two years earlier. And we’re more than a little wary of the next Deadpool installment dragging Hugh Jackman back to play Wolverine yet again, after 2017’s Logan gave the character a perfect send-off. But thus far, they’re still balancing old and new better than anyone else)

But of course, while Marvel is doing intellectual-property-based filmmaking very well, intellectual property is still the driving creative force. There was a time when Spider-Man and Batman, Lord of the Rings and Game of Thrones, Star Wars and Trek, were all new ideas. We could always use some more of those.