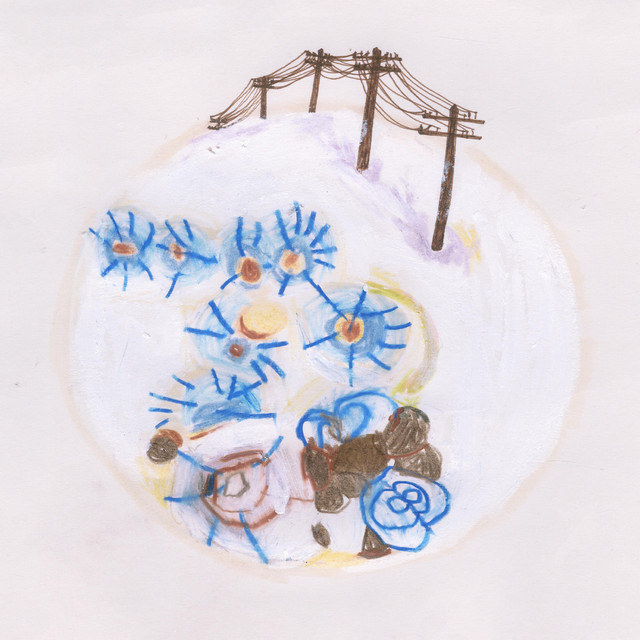 Curiosity Shop’s Andrew Goes To Hell has been one of my favorite discoveries this year. He can perfectly mesh indie and punk pop into his own sound that sounds equal parts breakup, Bladee, and Animal Crossing. The sophomore album feels very mature and nurtured with its littlest samples being warped to meet his vision. From every song, you can envision his past experiences and influences that brought him to his very specific style of music. It’s the little guitar riffs that remind you he probably grew up on corny early 00’s love songs or the rock solid bass riffs from a probable punk phase. The fast-paced basement raves and late nights on nightcore forums or whatever. It’s all there. Even his Animal Crossing town.

There isn’t a single track on here that sounds like filler either. Like I said, it sounds as if Andrew nurtures these tracks to their maturity so he can confidently send them out into the world to be remixed, sampled, and loved again. The track “Chalk Talk” is an undeniable standout with fellow Curiosity Shop artist User2222 bringing a signature subdued but textured undercurrent to the track that compliments the louder but almost equally abrasive side that Andrew provides. Immediately following that is “Best Worst Idea”, a personal favorite. The interlude next uses exasperated coughs as the climax after a whirlwind of tiny xylophones and horns dance together.

At a certain point, it just becomes fun and exciting to see how Andrew can build up that perfect punk momentum with the most unorthodox sounds, and tie a bow on it by the end of the song. Something so fitting for the album name World’s Smartest Dumbass.

All credit to 4cf, he has created a handful of very, very catchy songs on this POPSTAR EP. It’s just a little disappointing when they’ve all been created already. Almost to a T, 4cf has chopped and changed hit songs from hyperpop stars like ericdoa and brakence and added his own lyrics. That’s not to say they’re not bad songs by any means, it’s just the cycle of popularity, imitation and copycattery that runs rampant in a genre so full of new ideas. Some are bound to be recycled and refined.

Although it’s not original, there’s still merit to being able to recreate great songs, it’s where some big artists start off initially. I like to think there’s an ecosystem in the music industry where these younger artists fill the cracks in between large releases for big artists with very good copycat songs. If the big artist stagnates and doesn’t evolve his own sound, he becomes just another name in the record books. Forcing big artists to take these kinds of risks and evolve their music into something better than what they first got big off of is a necessary condition to their success in the long term. It also gives an outlet for younger artists who can copy their favorite big artist to learn the ropes of making music, why they put this there or said that here.

John Glacier has been under my nose for the longest time, but I didn’t know who they even were until I saw this album had dropped. Featured on a very exciting but lowkey Ragz Originale debut album and the Vegyn song “So Much Time — So Little Time” off my previously reviewed “Like a Good Old Friend” EP from earlier this year. She’s also been featured with the infamous British experimental hip hop artist Dean Blunt under his “Babyfather” alias, a collaboration that makes more and more sense as you continue through the album.

Both Dean Blunt and John Glacier take a simple short approach to lyrics, beats, and life. They may not live slowly but their music feels natural and nonchalant in its creation and especially in its delivery. No song overstays its welcome or feels out of place here in the 25 minutes Glacier gives us. Every song has a beat that hovers in the halfspace simple enough anyone could make it if they put together the right pieces and yet they haven’t. There’s always a little something that holds each tune back from a “hit” status. It really just feeds into the idea of the album as a whole, which is really how it should be.

All these things I’ve described could apply to Dean Blunt or any of his many aliases as well but as he ages out of his peak years of free time I imagine this album as more of a passing of the torch. Not officially, but someone needs to carry that torch for Britain and it seems like Glacier’s contemporaries have acknowledged her growing popularity and importance in the scene. All in all, a very solid debut album. More to come I’m sure.