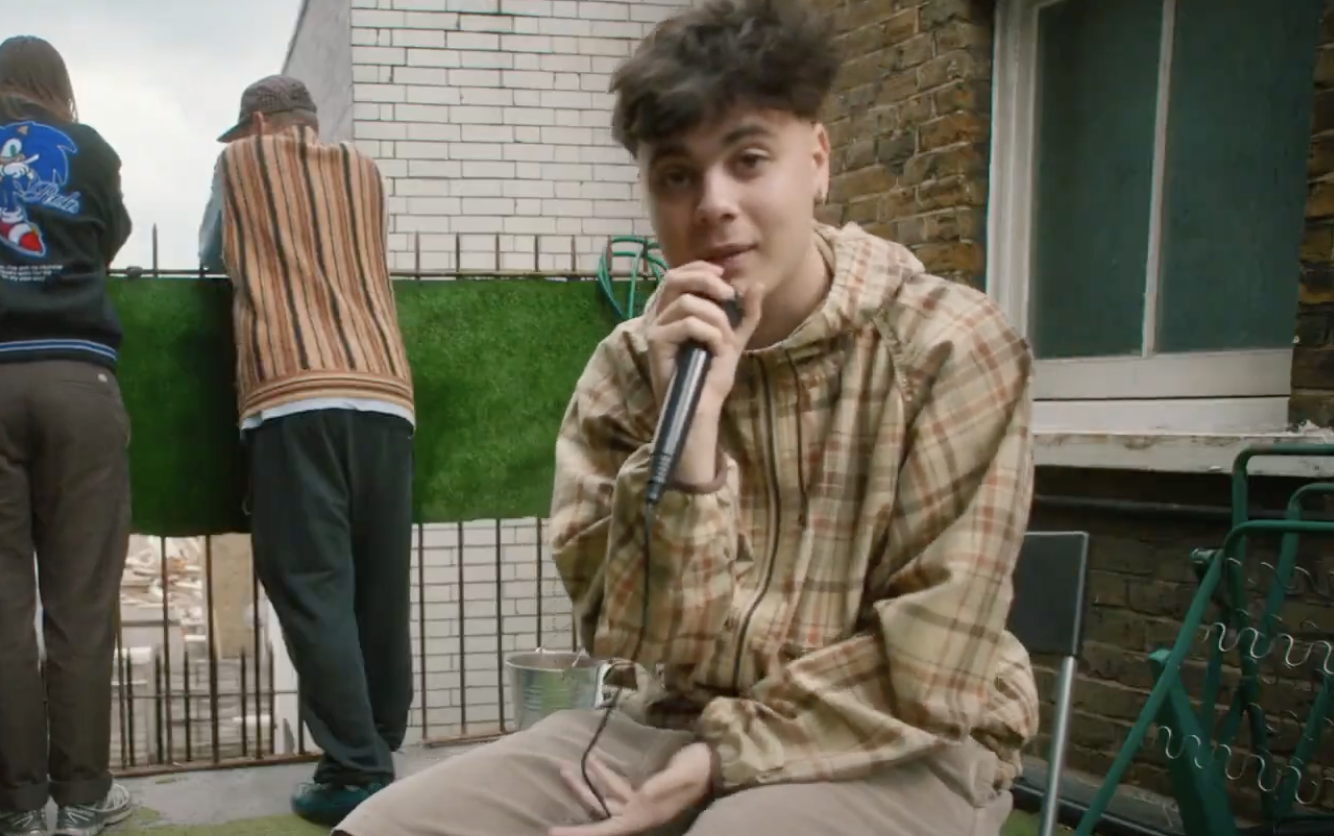 Niko B has been perhaps the most interesting new rapper to come out of the UK as of recent. He doesn’t want to become a superstar, just to make enough money to buy what he wants. He’s a Brit though and through, and he simply does not miss when it comes to singles. I heard a snippet of his leaked track “Who’s That What’s That” in a TikTok nearly two years ago and played it on a loop for as long as I could before it got taken down. That loop stayed with me. As it did with a lot of others.

In the next couple years he would continue to release a couple singles annually. Not overdoing or underdoing it, just enough to buy some weed. “Mary Berry” (2020), “International Baby” (2021), and “Canada Goose”, which was released just earlier this year, have carried the torch and lead to Love Island Freestyle which was released last month.

In typical Niko B fashion, it chronicles what he would do if let loose on Love Island with bars like “Can I pull your girl for a chat? Nah but not like that. I’m the same height as her. Can I borrow her shoes? I’ll give them back.”

An ironically cocky and immediately-likable personality, Niko B dictates his lyrics slowly and with the composure expected of someone who has poured himself into this one single. It almost seems like he starts with the jokes and then spins them to make it rhyme. Although loved for his wit, the factor that makes his songs so catchy is the air-tight hooks that fit so perfectly within the confines of the beats he chooses or makes.

The beats are almost always lackadaisical and in tune with his slowed down cadence. Each line is defined by the first and last words that really hit on the kick to drive them home. Subtle ambients weave themselves within the harder hitting 808s to emphasize certain lines or elevate the beat into the hook and bridge. Filling in that white space is something that Niko does so effortlessly. Kind of like someone who never shuts up but always has something interesting to say. But there’s a certain calmness in it that doesn’t feel forced or in your face.

You can talk about the lyrics, beats and cadence all day but  I’m writing about an artist who has only released 8 songs over 3 years. This is the genius of Niko B. You don’t need to release a dozen songs that will be played a dozen times when you can pour yourself into one single with the replay value of millions.

Vida takes the poise and elegance of Lana Del Rey and mixes it with the static DIY aspects of bedroom pop only recognized by a member of Gen Z. Lyrics of vague allusions to flying around the globe and living a life centered around a deep but ultimately fleeting love is quintessential Lana Del Rey. You can only imagine Vida taking those songs to heart and idolizing her as many did during that era when Tumblr was in its prime.

This was the formula for her self-released first album The Little Mermaid nearly 3 years ago but her music has strayed into more of an experimental territory as of late. Long, rolling synths are still present but have been put on the back burner to give the spotlight to higher-intensity dance beats. One of her most recent singles, “P.A.I.N.”, spells out the title as its hook in a tone like she’s an actor in an old movie (not sure how else to describe it, but it works).

Her newest single strays the most from her Lana formula and is her most impressive so far. The faster beat seems like it pushes Vida to work through ideas she might have had in the past that could have been stretched out into a whole song. In this, you get 4 or 5 great hooks and build-ups that could build on each other.

Although I like her whole discography, it would be very sad to see an artist of that talent continue making music that emulated someone else. I’m glad to see Vida coming into her own and becoming a bigger artist that could define a new generation of indie-pop.

Hailing from Philadelphia, Abbatia preaches political and cultural truths with the patina of a tenured philosophy professor at Penn and the intensity of a lunatic running down Kensington Street. The lunatic thinks demons are chasing him. The professor knows they are.

Similar to the previously covered death insurance, Abbatia is the only other signing to A2B2 records, owned by Death Grips’ Andy Morin. This is a label that seems to be explicitly forward-thinking in their signings and interested in artists that can match the mold of Death Grips. Collecting potentially rabid, internet-obsessed listeners that are niche, but loyal.

A triplet of artists make up the collective of Abbatia, which seems more like a destination they’re coaxing you into rather than a piece of work. A modern hodgepodge of industrial trap backdrop that still has a jaded humility, sampling Jordan Peterson at one point on their song “Gunk!”. Each member gets their licks in lyrically, taking turns in angry verses and circling back to the right hook. Kinda like Brockhampton… but less gay.

They are quite progressive, though. In their unabashed skills, storytelling, and political views. All three come from the same deep-seeded inevitability, the same inevitability that brought them here in 2022 after growing up and working together for “virtually their entire lives”.

Another aspect of these A2B2 artists is how multi-dimensional they are. It’s always one fluid motion from beat to lyrics to visuals to the atmosphere at Philly venues. The motions might change over time, but that ideology as an artist or group is so essential. Good motions over time are permanent and stackable, flowing into the next and compounding it. Like a combo in a fighting game.

Abbatia’s motions are angry but pin-point. They may get angrier as they say “civilization circles the drain” or they stagnate in listeners (They only have the criminally low 208 monthly listeners). I don’t think they will get any less pinpoint.