An embarrassing night at the Oscars 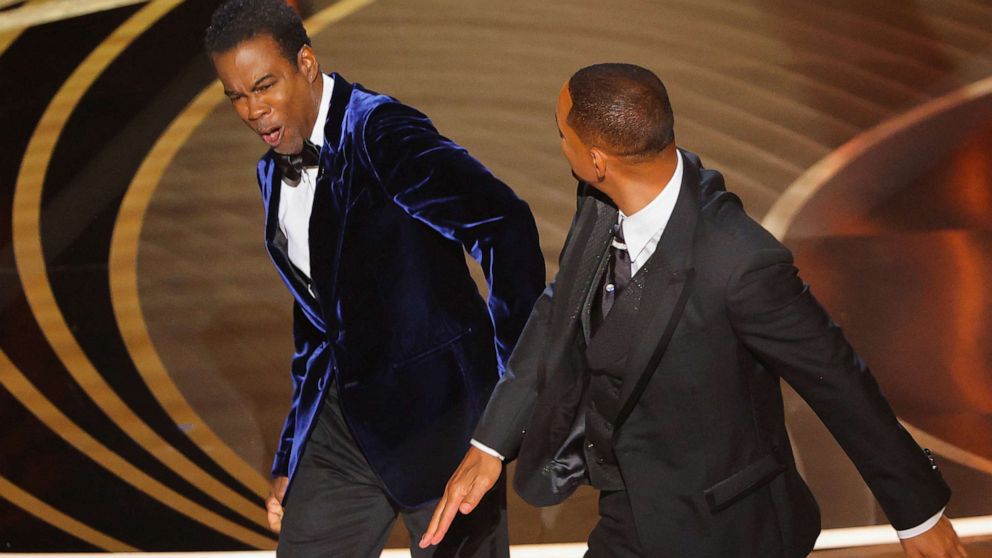 It would be ignorant to begin an article about the 2022 Academy Awards and not immediately address the elephant in the room; Will Smith got on stage and assaulted Chris Rock for making a joke about his wife to the crowd, then returned to the stage to receive an award for Best Actor and get applause from across the room. Smith’s actions were unjustified and indefensible, regardless of how low a blow one might find Rock’s comment, and it speaks to the self-centered egos that permeate in that industry who believe they are above the law. That being said, it was probably the only memorable moment in an overall embarrassing night.

The Academy put their collective fists in their mouths this year even before the event was televised by choosing to cut eight essential categories from being presented live. Some of these categories were Best Editing and Best Score, as if a movie could exist without having an editor or a good score is not memorable enough. This decision was — through and through — a shameful one that emphasized the Academy’s desire to stay relevant through musical interludes and cuts to “Biggest Fan Moments” rather than by properly awarding the people nominated. Of the awards that were not broadcast live, almost all of them went to Dune. In fact, Dune took home more awards than any other film in the night (6), which is especially surprising considering its director Denis Villeneuve was not even nominated in his category, and seeing a film go home so big with no such nomination is unprecedented in Academy history. By contrast, Jane Campion’s The Power of the Dog almost went home empty-handed, despite receiving the most nominations and being the frontrunner for Best Picture for quite some time. Campion as director was the only aspect of the film to get an award.

Perhaps the most egregious part of the awards night (again, save for that slap) was Kenneth Branagh’s Belfast and Siân Heder’s CODA winning Best Original and Adapted Screenplay, respectively. CODA taking home Best Picture was an undeserving but unsurprising moment for a film that was such a clear awards-darling; Troy Kurster taking home Best Supporting Actor for the film, by contrast, was absolutely deserved and resulted in the single-best speech of the night from the deaf performer (presented to him beautifully in sign language by last year’s Best Supporting Actress Winner, Youn Yuh-jung). Seeing CODA’s screenplay, a pretty identical remake to a French film that came out a few years back, get the prize over The Power of the Dog, The Lost Daughter, and Drive My Car, (for which director Ryusuke Hamaguchi was also rushed off stage after winning Best International Film), is telling just how little the Academy seemingly pays attention to the actual scripts. The three aforementioned films took great novels and turned them into their own by reshaping their mythoi, and this is especially true of Drive My Car, which places the work of Anton Chekhov within its Haruki Murakami adaptation. CODA’s screenplay was also a little troublesome because it had the opportunity to focus on the lives of the Rossi family and their struggles as community members in blue-collar America but instead shifted its story toward its lead character’s dreams of becoming a singer, the family’s only non-deaf member. CODA is far from a bad movie and has many charms but its script is certainly not its highlight.

Belfast, unlike CODA, was at the very least not the weakest of the five nominations in its category (that award goes to Adam McKay’s messy and drawn out SNL sketch in the form of Don’t Look Up), but it nonetheless takes a complicated history of Ireland’s Troubles and largely places it in the background to focus on a Protestant family’s financial and relational issues. Though Belfast is an alright film with some nice performances and cinematography, its script is also not its strong suit, especially when compared to the likes of Paul Thomas Anderson’s exciting trip to the 1970’s San Fernando Valley in Licorice Pizza and Joachim Trier’s The Worst Person in the World, a film that brilliantly portrays millennial existential angst and not knowing where to find one’s place in the world.  The Oscars had a fairly strong two-year streak with its winners, especially two years ago when Parasite dominated the night, but this year’s was an overall fiasco both due to and in addition to all the drama in between the speeches. Maybe the only silver lining here is for the Academy themselves, who got more public recognition than they have in a long time due to Smith essentially breaking the law on live television. That, and the Godfather/Pulp Fiction reunions were cool!