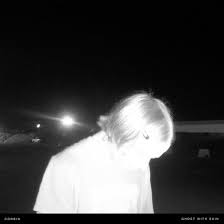 When you think of Corbin, you don’t actually think of Corbin. You think of his other alias: Spookyblack. Around 2014, a clip of Spookyblack’s music video for “WITHOUT YOU” went viral. It showed a lean, pale teenager singing emotionally in a silk black durag. He was proclaimed “white boy of the month” on Black Twitter. Spookyblack’s career has been defined by that one moment, but fans who have stuck around will know that Corbin has produced some of the most raw topics and an emphasis on art over profits.

In my previous album review I mentioned the artist Osquinn, who says in one of her songs, “Everyone, they just sing just to hear themselves sing. But for me, this shit is therapeutic.” Time is a flat circle the way artists cement themselves in the spotlight, fade away — or for select artists, maintain a career their way, without the input of labels, haters, or pressure. Ever since his success in 2014, Corbin has chosen to shy away from the spotlight, similar to the path Osquinn is taking now.

Even comparing him to someone, saying he was a “pioneer” or “trend-setter” feels corny and disingenuous. Corbin wears his heart on his sleeve in his music not to “set trends” or “hit quotas” but to express himself the most accurate way possible.

His 2017 sophomore album, Mourn, was our first taste of a more hateful, lonely Corbin. A side of him he doesn’t like but can’t hide from. These aren’t the sweet but melancholy songs that people thought were good in an ironic way. The one that was burned into my head and made him more than a Twitter memory was “Revenge Song” a song where he details his fantasy killing of a pedophile when a girl tells him about her experience. “Take the mask off, let him know it’s real. Make it deep, oh darling let him spill”.

Corbin’s newest release is Ghost With Skin, an introspective, soulful and honestly depressing album. Similar to his past works, most songs focus on the waxing and waning feelings of love with chilling imagery and candid lyrics. Dissimilar to his past work, fans will fear to hear him talk more and more about drug use of uppers and downers like adderall and benzos (one song even named after Diazepam). At a certain point you can’t even differentiate whether he’s talking about uppers as the drug or a renewed love in a toxic relationship.

You can still hear hints of the kid he used to be in that video from 2014. His voice is still as pure as it has ever been. Some of his beats on here are just as minimal and ethereal as when he was still Spookyblack. But he isn’t really the same. He shouldn’t be. There’s a depth of desperation in some of his new love lyrics that can only come with age. A standoffishness and self-hatred that takes time to brew in someone. I’m a music reviewer though, not a therapist.

The music is good, very good. Better with age, better with experience, better with the hurt he puts on himself to write down every emotion. I, and fans like me can only hope he pulls a King Krule, turning his life around and using that experience to further his music.