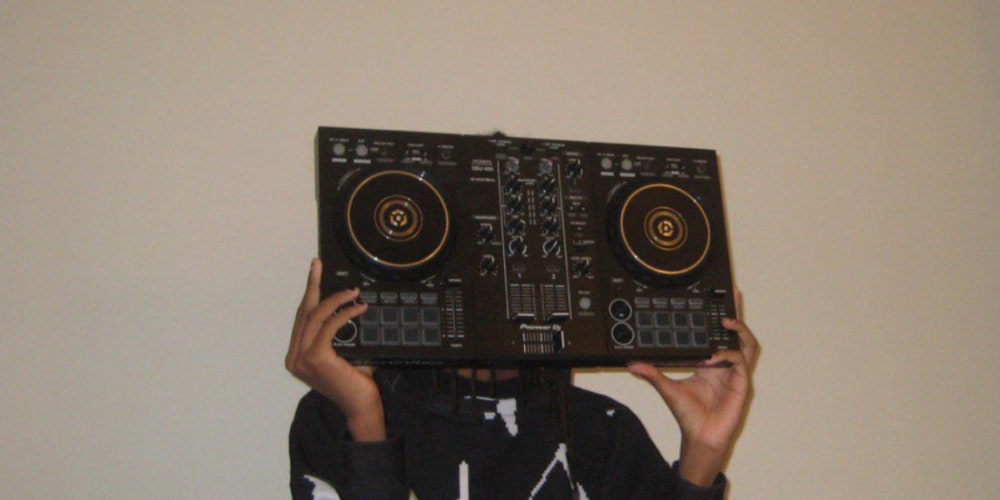 At only 16, the Virginia-born hyperpop starlet was swept into the tidal wave of popularity that the internet genre got caught up in in early 2020. We are still slowly feeling the waves of it today but it’s obvious the tide is receding, leaving only those behind who join up with large labels who can turn them into alt-pop playlist-mogging champions. It almost felt like Quinn was receding as well when she announced her retirement from vocal music on twitter earlier this year. Her name faded more and more from the Spotify hyperpop playlist that had initially catapulted into a spotlight. We soon realized she didn’t really wanna be under it in the first place. In her hiatus from the moniker “osquinn/p4rker” she’s dealt with a lot on the outside, like breakups with girlfriends and music groups, but more so on the inside. Quinn is vocal about her hard life. It’s the raw emotions of loneliness and depression that got her early hits noticed in the first place. She’s incredibly gifted in portraying her emotions through music. The bad news is that all of those incredibly strong emotions so far have been grief.

Ironically, the most vocal she is about her emotions come through crystal clear and effortlessly, not through the lyrics but in the instrumental, a clear payoff from work under other names “trench dog” and “cat mother”. This album carries heavily over from her equally impressive but lesser known forays into drum-n-bass and experimental music. At times it almost feels like ASMR the way she samples birds chirping and static and parents fighting. The voice is interchangeable with a guitar and a guitar is interchangeable with a shock of static. It feels intimate and fluid the same way as when someone is letting words flow out of them in a confession. A confession of anger and guilt and confusion that comes with being in a rocky relationship.

Twelve out of fourteen songs in rotation center around an only sometimes toxic, emotional knife fight of a breakup from Quinn. An in-real-life relationship that seemed deep-seated in both of their psyches to this day. This theme and framing is a good topic that aligns with the emotionally-driven and expressive style that Quinn is known for in her vocal music. This is a great way to avoid alienating old fans and still being able to bring in ones who love her for everything she is, not just the hits. Some of the more vanilla listeners might be turned off from the harsh experimental drum-n-bass music that floods songs when she isn’t singing. But hardcore fans know that this is a strength in this album and a testament to the potency she injects into her music. No matter the genre she may be interested in at the time, Quinn is still able to realize her vision because it’s so intimately hers that no other genre could have stood in its place.

As for her future, it’s completely up in the air. Listeners hope that she continues to express the talent and love for music she has shown us so far. But Quinn really doesn’t care about the level of popularity that comes with the kind of talent and fanbase she has. We can only hope she isn’t turned off to the music industry and loved for who she is. That’s all she wanted in the first place.