One World One People 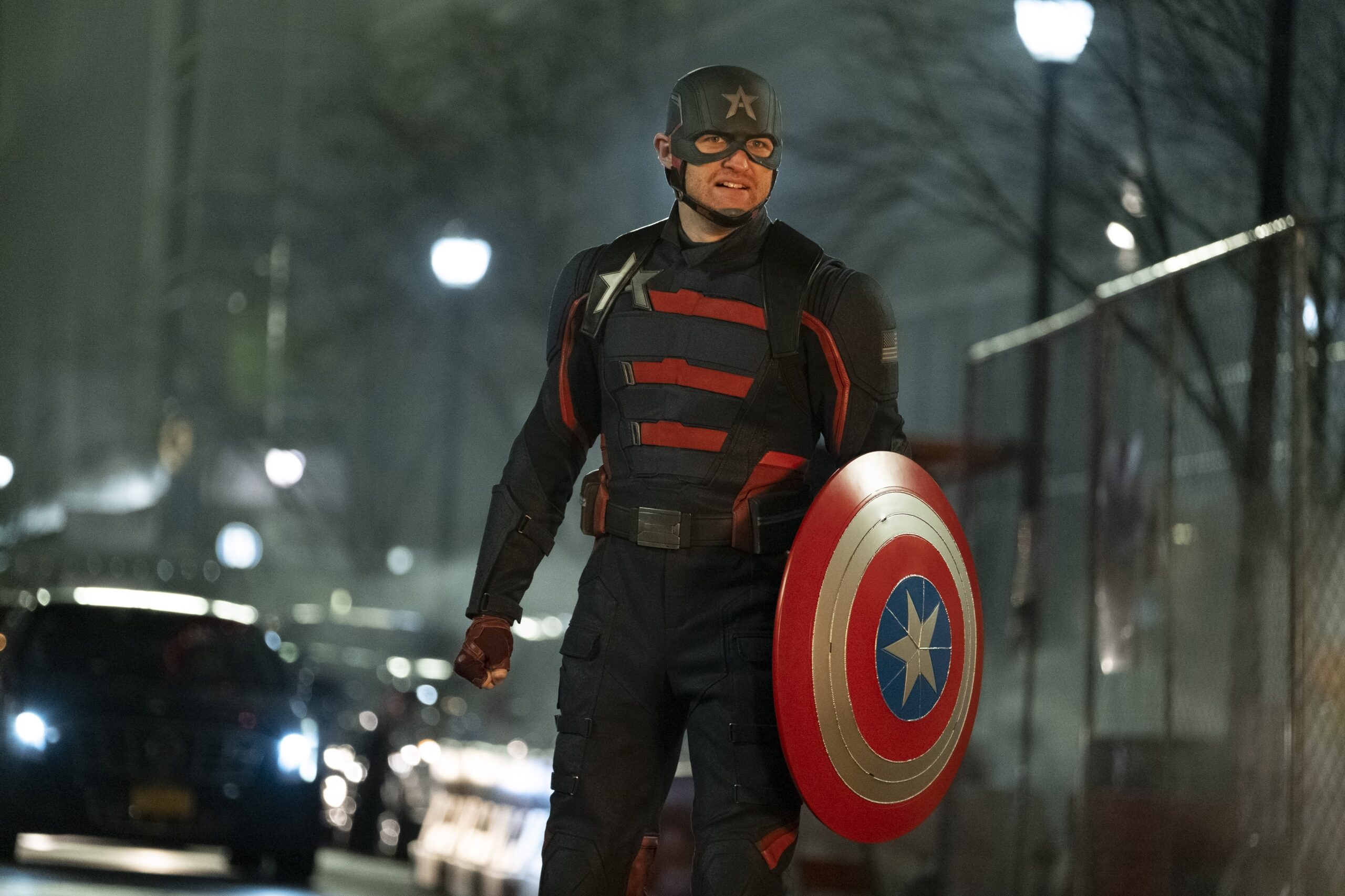 This week on Advanced Blockbuster Studies, Tom, Tyler, and Joseph discuss the sixth and final episode of The Falcon and The Winter Soldier, “One World, One People” on Disney+.

Everyone knew it was coming. There wasn’t much of a wait to see Sam Wilson (Anthony Mackie) take on the mantle of Captain America and start saving the day. The episode opens with a bit more place setting, but after a few minutes, Sam and Bucky (Sebastian Stan) are on the case in New York City.

After meeting up with Sharon Carter (Emily VanCamp) Bucky heads into the building with her to free the hostages and try to neutralize some of the Flag Smashers. Karli uses the old villain trick of calling the hero on a phone to stall them, which works on Bucky, as all good tropes must. Finally, Bucky chases after a couple of police vans on a motor cycle.

Who is the Power Broker?

Karli escapes, but runs into Sharon and then Batroc in the quickest Mexican Standoff scene in Marvel history. It is an important scene where it is confirmed that Sharon is the Power Broker. She shoots Batroc, and Karli shoots Sharon, and the chase continues.

Sharon, for her part, keeps tabs on her target. After bumping into him, she murders him in a van with mercury vapor. At this point, if it wasn’t clear already, Sharon is absolutely taken a heel turn. On his way in Sam saves a couple of chopper pilots on a bridge, and gets some good old NYC love like Spider-Man did like 20 years ago. Then Sam makes it into the building and faces off with Georges Batroc (Georges St-Pierre). Despite the last episode’s shield training montage, Sam’s skills are hampered by a chair. He successfully neutralizes Batroc before racing off to save another group of hostages in a helicopter. Meanwhile, Bucky catches up to Karli, but John Walker (Wyatt Russell) shows up for revenge. Karli isn’t having it and enrages John by saying the wrong thing. That doesn’t stop him from getting into a three-on-one fight, which he’s losing until Bucky can even the odds.

Sam catches up to Karli and Sharon after saving the hostages, and immediately tries to reason with her. She’s not too thrilled with the new Captain America, as he doesn’t fight back while Karli is trying to get him to engage. Eventually, Sharon goes for the hat trick, and Karli goes down too.

It all comes together

Now that the action is over, all the threads come to a close, from therapy sessions to Yori’s son, from Isaiah to new partnerships. Even John gets a new opportunity and a costume (it is black instead of blue!) thanks to Allegra de la Fontaine (Julia Louis-Dreyfus) who says things are going to get weird.

A little too pat, or a little too rushed, one way or another there’s a new Captain America in the MCU and it is Sam Wilson.

Listen to “One World One People” now

This week we talk about what we got from this episode, and if the ride was worth it for our characters. We also get a bit meta on ourselves, and ask some pretty pressing questions. Why would you flinch away at atonement scenes? Walker was a tool, but now he’s Bucky’s friend? What kind of team is Contessa making? For serious now, that’s Power Broker? Is guessing who is a Skrull the new Mephisto?

Take a listen to episode five of Advanced Blockbuster Studies “One World One People” for our roundtable on the latest episode. And stay tuned for our own Big Three from this week’s show.