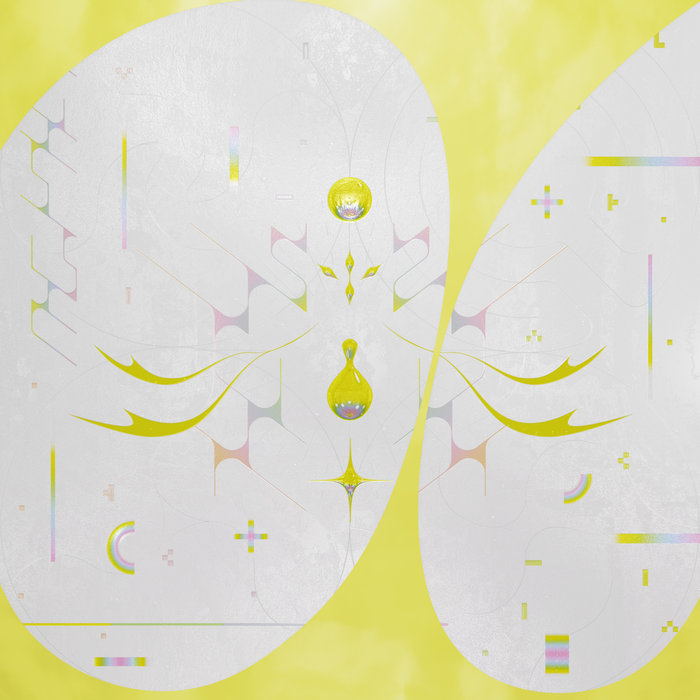 Seamus Malliagh is a British electronic producer better known to himself and to his fans by his stage name ‘Iglooghost’. Over the past half decade he built up a unique sound and reputation for himself in the industry, signing to Brainfeeder alongside the likes of Thundercat, Flying Lotus, etc. and now onto his own label, appropriately named GLOO. More importantly, the reality of his success in record sales and unique sound has meshed beautifully with what will make his reputation last — his world-building.

This has to start with the music. Malliagh finds an intersection between natural and artificial sounds in his sampling and compliments it with a mix of childlike wonder and millennia-old chants in his lyrics. When put all together, his production sounds crunchy and layered. To give you a very gross example, you could take a 10 second snippet and dissect it like a frog at Nature’s Classroom. It’s interesting stuff, all the snares and organs and such. You can learn a lot from it. But personally, I’d rather just hear the music it makes when it’s all put together, alive and kicking. While he brings you into this world with his music, he keeps you there with his visuals.

Malliagh designs and creates all of his album art, music videos, and surrounding visuals on his own (for the most part, the music videos are a team effort). Back in high school, I even tried to recreate some of his iconic designs on my own in the free 3D modeling software Blender. It’s not easy to say the least. As the world expanded and his career grew, so did his talents and you can see the same creative expression honed into its current form. Figures created with clever lighting, textures and basic shapes in his first years as an artist have grown with him and morphed into what he is today. Oblong monsters who look like they were created in a petri dish and mixed with Pokemon DNA. Beautiful in the worst ways.

His newest, Lei Line Eon, is the greatest example of this immaculate combination and I believe it’s his best work yet. Each song is a ‘Lei Disk’ that are now being hoarded by modern day collectors. On these disks are recordings of spirits from a far away time that are rarely summoned now. On this album, lyrics are less sung than they are whispered by Iglooghost and choruses are more screamed than sung by a cast of schoolchildren. One of the standouts being Archie Mwamwaya on “Zones You Can’t See”. It’s hard to describe how his production has improved, although it certainly has in the two years between albums. It just seems tighter, more esoteric, dialled in, maybe it’s just as simple as a cleaner convergence between machine and man. Who knows but Iglooghost himself. By the end of it you feel like you’ve just been sacrificed to a god that looks like a digimon and you’re ecstatic about it. It’s a very good feeling.

Another one of my favorite aspects in the culture he’s built is that he’s almost created his own ‘language’ within the constraints of English. When you say something like “hex demon” or “soil bolt” there is automatically some association with Iglooghost because the continuity in his style is just that strong. What other artist can you say that about?

The most jarring thing out of all this is that it comes from the brain of one man. He’s chosen to create and live in his own personal utopia and by creating all this and sharing it, there’s a vicarious aspect whenever you listen, watch, or read any of his art. He doesn’t just want you to listen to an album or read about the ‘Lei Institute’, he wants you to live his world with him. I think that’s a wonderful way to share your art with people.