The Whole World is Watching 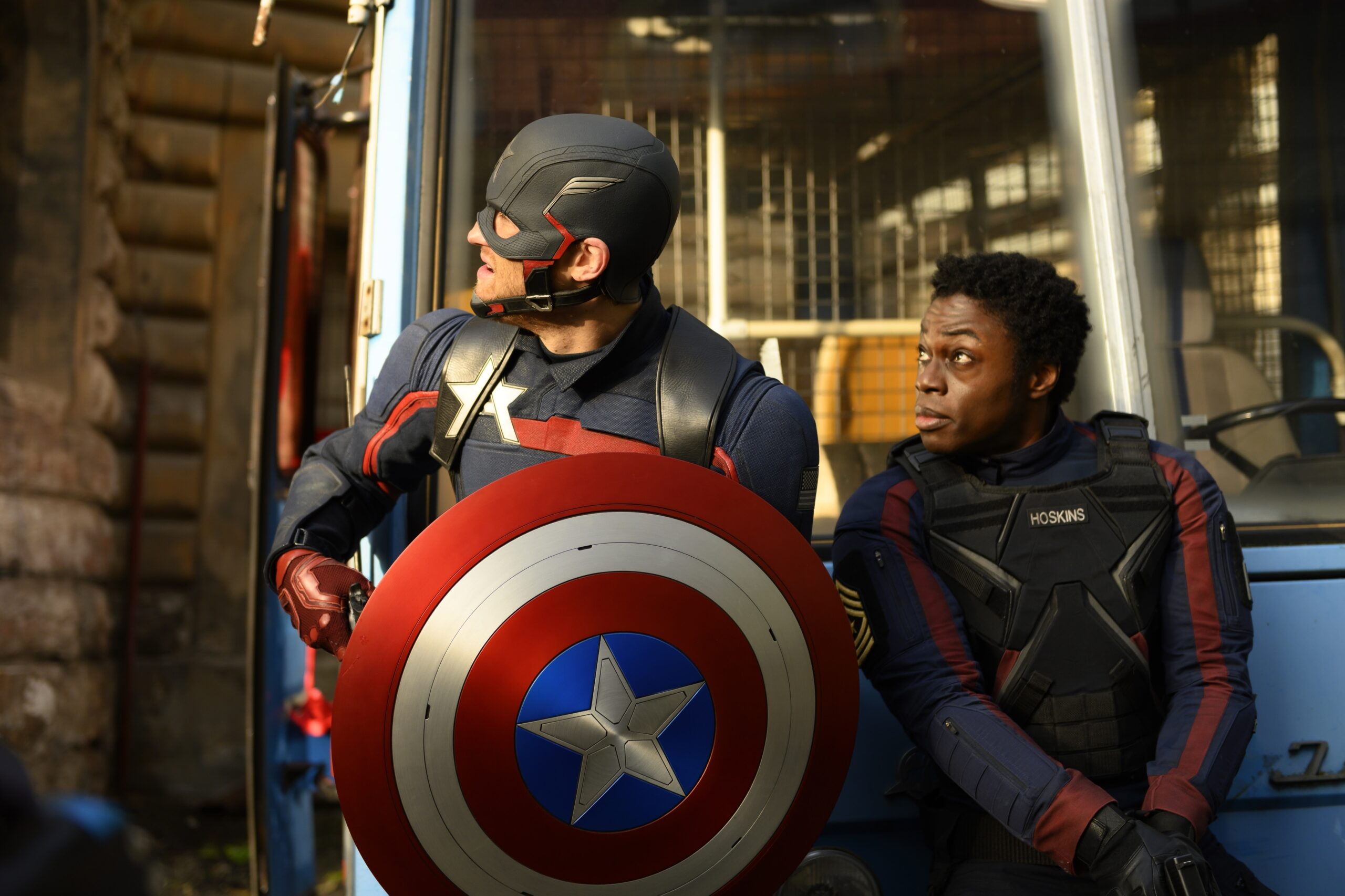 This week on Advanced Blockbuster Studies, Tom, Tyler, and Joseph discuss the fourth episode of The Falcon and The Winter Soldier, “The Whole World is Watching” on Disney+.

Making good on last episode’s cliffhanger, “The Whole World is Watching” begins six years ago in Wakanda, with Ayo (Florence Kasumba) reciting the Winter Soldier activation words to Bucky Barnes (Sebastian Stan). The words that are most important, as Bucky smiled for the first time since becoming a brainwashed Hydra assassin, is “free.” Back in the present day, that relationship buys him eight more hours of Zemo’s (Daniel Brühl) help before the Dora Milaje come calling.

Meanwhile, Karli Morgenthau (Erin Kellyman) is determined to create more super-soldiers with the remaining vials of Super Soldier Serum. Sam, Bucky, and Zemo catch up to her at the funeral for her teacher Donya Madani, with John Walker (Wyatt Russell) and Lemar Hoskins (Clé Bennett) in tow. There’s a lot of info spread out in the eulogy, as we understand the displacement, the frustration, and the desperation that drives Karli and the Flag Smashers. Sam attends the funeral alone much to Walker’s chagrin. He gives Sam 10 minutes to talk it over before he takes over.

Unlike the Wakandans, Walker is gets anxious and cuts the conversation that seemed to be going well, short. Karli bolts, runs into Zemo’s path, spilling all the vials of the Super Soldier Serum all over the floor.

More of What You Are Inside

In a quiet but telling moment back at the safehouse, Zemo asks Sam if he would take the serum if offered. His quick and easy “no” sets the tone for the rest of the episode, and laying the groundwork for a hopefully inevitable change.

Walker interrupts the discussion, trying to take Zemo when the Dora Milaje arrive. A fight ensues, and Walker and Lemar get beaten by Ayo and her colleague. “They’re not even super soldiers” Walker laments. He is clearly finding it difficult to live up to the Captain America mantle. During the fracas, Zemo escapes through a tunnel. The pair of Wakandans follow.

Unfortunately for Karli and fellow Flag Smasher Nico, there is an inevitable change by the end of the episode. It isn’t Sam. Walker took the last vial of serum, and true to what Hoskins said earlier, it turns people into more of what they already are. For Walker that means using violence to solve problems. In Zemo’s terms, that is the definition of supremacy. Soon after Walker is captured on camera in a public crowd, as he brutally beats Nico to death with the shield.

This week we talk about all this Flag Smasher stuff and try to answer some pressing questions. Where did Zemo go? Will the Dora Milaje catch up to him? What is going to happen to John Walker now? How did this dialog get so much better? For serious now, who is the Power Broker? Would you take the Super Soldier Serum if it was offered to you?

Listen to “The Whole World is Watching” now

Take a listen to episode four of Advanced Blockbuster Studies “The Whole World is Watching” for our roundtable on the latest episode. And stay tuned for our own Big Three from this week’s show.