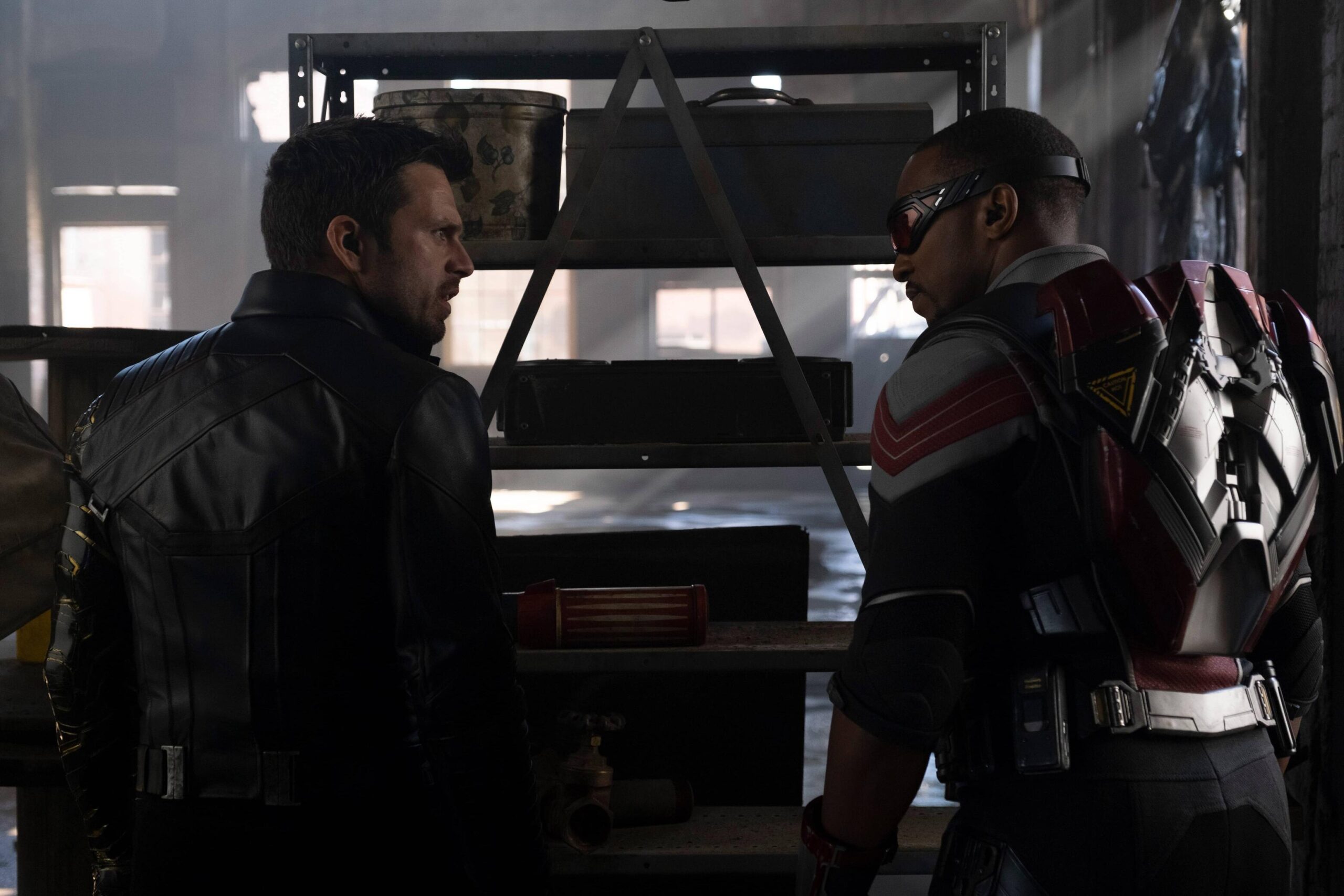 This week on Advanced Blockbuster Studies, Tom, Tyler, and Joseph discuss the second episode of The Falcon and The Winter Soldier, “The Star Spangled Man” on Disney+.

Captain America just won’t quit. His influence continues to hang over Sam Wilson (Anthony Mackie) and James “Bucky” Barnes (Sebastian Stan) in this episode. Likewise, it hangs over John Walker (Wyatt Russell). Picking up after Walker’s debut as Captain America, we get a glimpse into a very human soldier trying to step into the shadow of a legend. Predictably, all this weight isn’t easy to carry, super-soldier serum or not.

Meanwhile, new twists with the Flag Smashers come to light while Barnes and Wilson head out to investigate. This leads to the first meeting Walker and his partner Lemar Hoskins (Clé Bennett) have with Wilson and Barnes. They are not impressed. It turns out, there are clear lines between government-sponsored heroes and Avengers. One of those lines may be a steady paycheck. Another is being racially profiled despite having helped save the world.

This week we talk about all this and try to answer some pressing questions. Will the argument over the Sokovia Accords ever stop? Can Wilson and Barnes stop fighting long enough to work together? How amazing is Carl Lumbly? What the heck is a Power Broker and why did the Flag Smashers stealing from them? Where is Sharon Carter? Will the new Captain America ever be less of a tool? Who is playing chess with Zemo?

Take a listen to episode two of Advanced Blockbuster Studies “The Star Spangled Man” for our roundtable on the latest episode. We also introduce a new segment, where we pick our own Big Three from this week’s show.