Books That Matter: The Inconvenient Indian 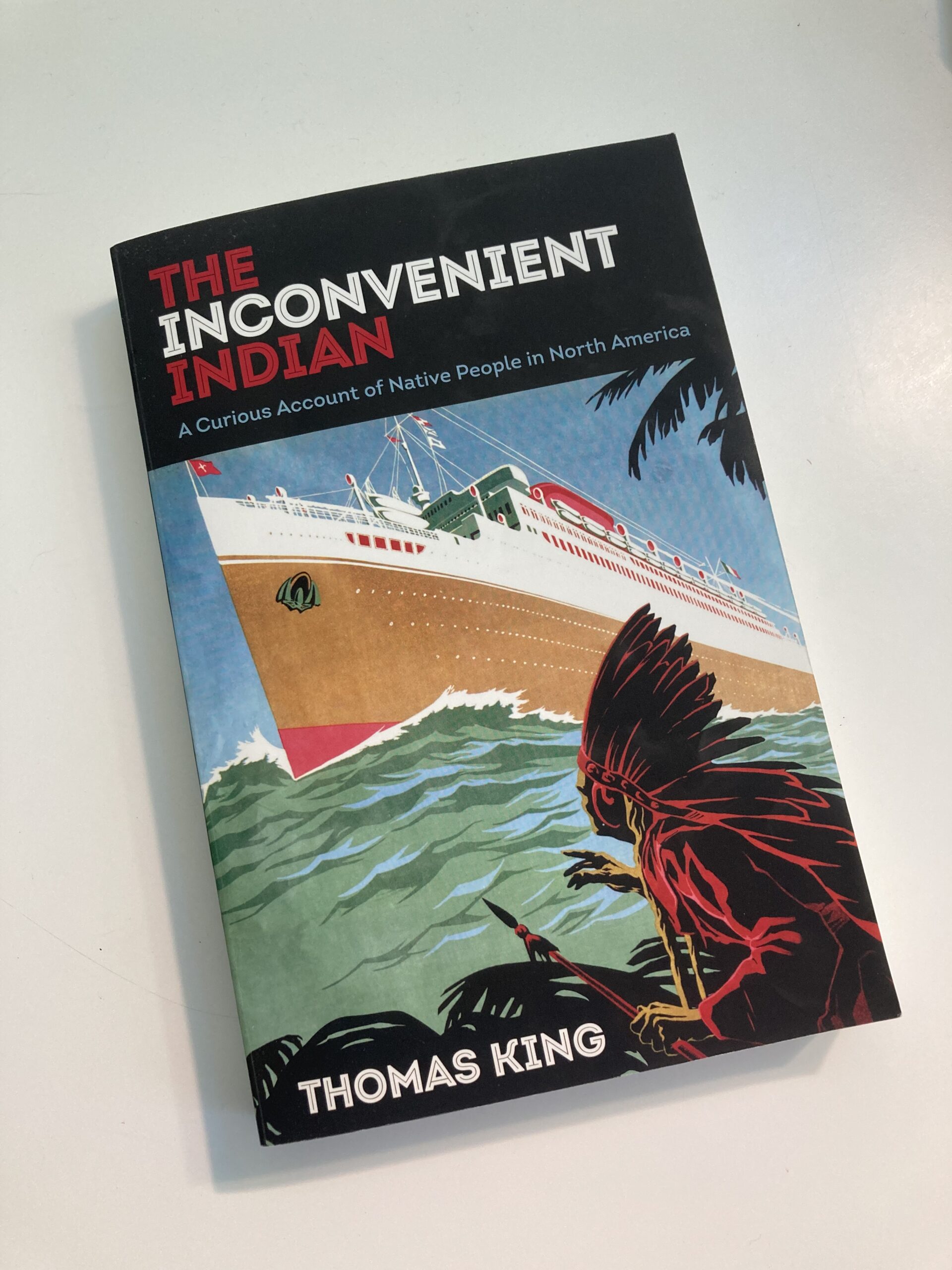 In his book The Inconvenient Indian: A Curious Account of Native People in North America, University of Guelph professor Thomas King discusses a period of 500 years of contact between Native Americans and white settlers in the U.S. and Canada with a deeply personal approach to history. A Cherokee and gifted storyteller, King’s work draws more upon storytelling techniques than historiography. At its heart, The Inconvenient Indian is a book about stories that, while fraught with history, is underlined by a “narrative of conversation and arguments that [King has] been having with [himself] and others for most of [his] adult life.”

The work, split into two main parts, aims to encourage readers to question “truths” and reexamine both the past and the present. The first half of the book deals with historical accounts and misrepresentations, racist stereotypes, atrocities suffered by Native Americans at the hands of “civilizers,” and the true intent of past and present government treaties and legislation. The second half of the book examines what Native Americans want and how to move forward.

Throughout the book, King seeks to inspire readers to examine the past and the present not through the inaccuracies and ignorance of settler eyes, but through the truths endured by indigenous people themselves. King argues that the dynamics that have plagued white-indigenous relations since first contact are very much in operation today, asserting that both the U.S. and Canada still operate under policies and attitudes that separate Native Americans from their culture and seek to profit off of the destruction of their land. Furthermore, King argues that the historical tension between whites and Native Americans is perpetuated by a distorted understanding of history that has always been based far more on myth than on actual events. King begins with forgotten or misrepresented massacres towards Native Americans throughout history, in which the atrocities committed by white settlers were either erased from mainstream historical narratives or twisted (and even outright fabricated) in order to vilify innocent Native Americans and portray whites as victims. He continues with an examination of treaties, relocations, removals, reeducation, and other atrocities and abuses that Native Americans suffered at the hands of white settlers and officials before moving to the present.

King concludes with a discussion of contemporary times, reflecting on the legacy of centuries of oppression and injustice. Despite the long history North America and Native Americans have shared, King asserts, America and Canada no longer see Native Americans. Rather, what they see are “war bonnets, beaded shirts, fringed deerskin dresses, loincloths, headbands, feathered lances, tomahawks, moccasins, face paint, and bone chokers.” In all of these sensationalized images, one can find a commonality — a failure to recognize Native humanity. Furthermore, King examines how federal policy has almost always failed to demonstrate consideration for Native Americans. This is largely true today — federal Native American policy, in both Canada and the U.S., is still driven by profit and is oftentimes laced with racism. From legislation that makes it increasingly harder to qualify as Native American to a reluctance to prosecute crimes committed against Native Americans, to an overarching concern with cutting the cost of Native Affairs, to the environmental destruction of Native American lands, U.S. and Canadian policy continues to oppress Native Americans. What Native Americans want going forward, King asserts, is simply a future. If Native Americans will ever be able to have a future of their own making, he concludes, such a future will depend on sovereignty.

King admits that he much prefers meaningful personal narratives to conveniently and crisply delineated chronology. Rather than call his book a history of Native people in North America, he calls it an account, citing Ezra Pound who once stated, “It may be convenient to lay [history] out anesthetized on the table with dates pasted on here and there, but what we know we know by ripples and spirals eddying out from us and from our own time.” As such, the book lacks footnotes and sophisticated historical scholarship; instead, it contains historical narratives that are laced with stories and rich personal insights that draw from King’s own experience as a Native American. While this helps to give those interested in Native American history rich insights and a more circular and personal understanding of this complicated history, the book is best read as a supplement to one’s studies and should not be substituted for in-depth scholarship.

Non-indigenous readers would find this book especially useful. While a difficult read, King forces readers to challenge their misconceptions, ignorance, and dismissiveness towards Native Americans. Readers will come away from this work with an understanding of history not through the misguided the eyes of the oppressor, but through the painful truths endured by indigenous people themselves.