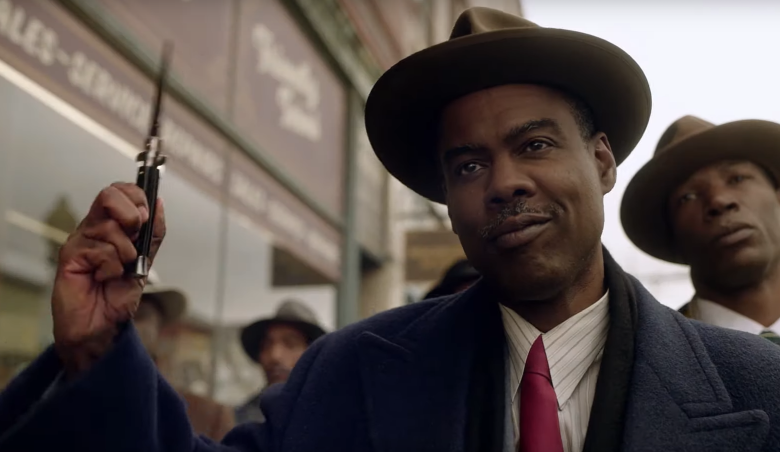 Sure, TV isn’t really a thing any more, as viewership fragments across outlets streaming content onto multiple devices. But as long as someone is churning out content on the regular, and we call those things shows, there will be shows we look forward to. Here’s what’s got us excited in the next few months.

Note: These first two premiered last week. We couldn’t preview them because Subject didn’t exist yet, but we’re including them here as they’re both mandatory viewing.

Noah Hawley promises the biggest season of his Coen Brothers homage yet, as Chris Rock and Jason Schwartzman face off as rival gangsters in the ’50s, with a supporting cast that includes Ben Whishaw, Timothy Olyphant, and Jack Huston. Rock told Entertainment Weekly it’s, “the best part I’ve ever done, and probably the best part I’ll ever have.” Shut up and take our money, FX.

We would never make the bold claim that Bob’s Burgers is better than The Simpsons at both shows’ peaks. But we can say with certainty that Bob is better 11 years in than that other long-running animated staple was in its second decade, never mind its fourth. Even with flights of fancy like the premiere episode, in which Bob hallucinates he’s been miniaturized and locked in his glove compartment, the Belchers manage to be the most grounded, relatable family on television, thanks in no small part to a murderer’s row of voice talent that includes alt-comedy mainstays H. Jon Benjamin, Eugene Mirman and Kristen Schaal.

There’s few things better in this world than the joy of understanding a piece of art. Digging into the whys, talents, mistakes, happenstances, and gut feelings that coalesce around a fleeting notion to produce something that speaks to strangers as if they know you. Like know you, man.  That’s what makes Hrishikesh Hirway’s Song Exploder podcast so enthralling. You can hear the mundane situations and inspirations that artists find, and walk through how those thoughts are turned into bangers. Now you can see artists like Alicia Keys, Lin-Manuel Miranda, R.E.M., and Ty Dolla $ign do that same thing as they dive into some of their biggest songs as part of this new documentary series. Can’t wait.

At this point, either you got tired of watching people get eaten by zombies years ago, or you can watch people getting eaten by zombies forever. AMC is banking on the latter, as since they’ve been unable to develop a critically acclaimed hit since Breaking Bad wrapped, they’ve turned Walking Dead into this century’s Law & Order—an enduring format they can spin off new shows from with only slight variations. This variation is, essentially, Walking Dead: The Next Generation, as the leads are four teenagers who have never known a world without zombies. With Original Recipe Walking Dead in its last season, this might be just the thing to satisfy your endless hunger for brains.

Supernatural (CW 10/8)
It’s the end of the end. Sam and Dean Winchester have been through it all; whether it’s battling demons, angels, monsters of the week, their fans, or each other on the CW fan favorite. They may have survived the Croatoan Virus in Season 2, but let’s see how the boys handle COVID-19. Production of Supernatural was halted during the filming of the 15th and final season back in March 2020. After production resumed in mid-August, they’ve reached the end of the road. The final seven episodes are set to premiere starting on October 8, with the finale set for November 19. Tune in to see the wayward sons take on their toughest opponent yet—God Himself.

Star Trek: Discovery (CBS All Access/soon to be renamed Paramount+ 10/15)

After two seasons of burning through plot, now they’re burning through premises. Season 3 sees the crew leap centuries into the future, where the Federation is a distant memory and friendly faces are few and far between. Despite the haters insisting it’s “not real Star Trek,” Disco usually nails classic Trek’s balance of big ideas, camp, and whiz-bang action, so we’re excited to see if they can do Voyager’s premise better than Voyager did. Plus, there’s a cat.

There was a time where running through supermarket aisles as quickly as possible to pick up absurdly large packages and shoving them in your cart wasn’t a weekly trip to Wegmans. We called those times the 90s, when the second iteration of Supermarket Sweep— beloved bastion of big brand product placement and conspicuous capitalism— made it sort of fun to watch people shop for food. Now the game show returns, and more interestingly with Leslie Jones as the host. With her genuine excitement and wit, this show is an unbelievable bargain.

Will they continue to stick to their crackerjack formula of Wild West tropes filtered through the lens of Star Wars? Or will they succumb to public pressure and just become a Baby Yoda meme generator? The glimpses we’ve seen—Mando on a mission to reunite his adorable green charge with a “race of enemy sorcerers” called the Jedi—gives us a lot of faith that The Mandalorian will give us a reason to love Star Wars even after whatever was going on in that last movie.

When I saw the title, I really hoped that this would be about the short-lived piano-based indie rock concern of the same name. While that isn’t remotely true or relevant, what this adaptation of a short-lived Broadway musical has is an intriguing plot and all-star cast (albeit not the original Broadway performers) including Nicole Kidman, Meryl Streep, Awkwafina, Keegan-Michael Key, and James Cordon. Producer/director Ryan Murphy (Glee, American Horror Story) brings this production about a group of fading New York theater stars descending on a small town to help a young lesbian take her girlfriend to the high school prom. Critics lauded its initial run for the humor and high-energy anthems, so hopefully that’ll translate seamlessly on my living room screen.